Skip to content
This early morning, I received two bad news.
James was rejected by school due to suspected HFMD. I do not blame them though James did not have a fever nor any symptoms for being sick. I was told there was spots in throat but doctor clarified there was nothing in James’ throat and issued him a letter of fitness. We were in a dilemma if we should send him to school still since Jamie was down with high fever since last night and I had eye infection. In the end, I decided to sacrifice my rest and keep both kids at home.
It was not difficult to get them to nap after their first round of medication. 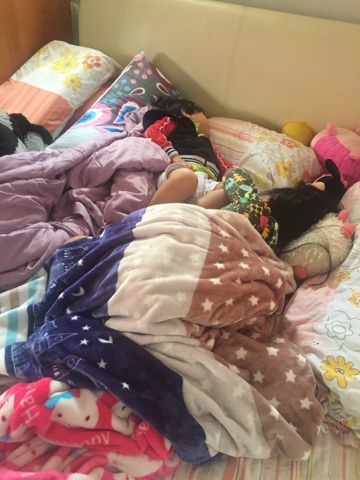 And I used the “peaceful” time I bought to prepare lunch and soup for dinner. I decided to cook their favorite dishes during lunch to encourage them to eat as I know sick children usually have bad appetite. It was also a good choice to cook porridge instead of rice for lunch because both children complained of sore throats and unable to swallow hard food. 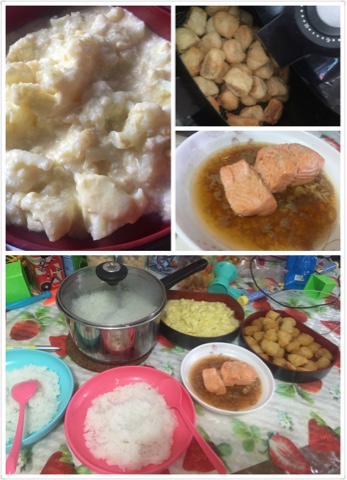 Simple recipe to share for this lunch coz the dishes are pretty simple to cook:
Cauliflowers with fried eggs
1. Beat two eggs
2. Cut the califlowers
3. Add some oil and heat the cooking pot. I prefer using cooking pot than frying pan or wok to fry small amount of food.
4. Fry cut califlowers, Add corn starch dissolved in hot water. Cover the Lid for 3-5 min. Califlowers will be cooked to soft texture.
5. Add the beated eggs and stir fry
6. Done. But if you don’t want to end hp with starch/scamble eggs alike texture then use one egg instead. 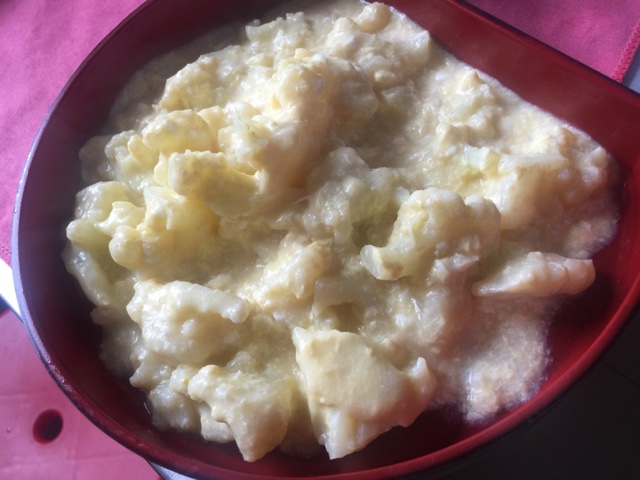 Steam Salmon
1. Dethaw a slice of salmon. I prefer thin slices than the thick ones so easier to gauge the time taken to ensure the salomon is not overcooked.
2. Marinate with soya sauce for 30min
3. Place fish in steamer with some water
4. Wa-Lah in 10-15minutes
Note: for thick slices of Salmon, I will usually sliced the salmon halfway through the steaming to ensure the inside is cooked thoroughly but not overcooked. Airfry Nuggets
1. Dethaw the frozen nuggets
2. Cut them into two. Laogong likes them cooked till crispy.
3. Put them in airfryer for 15 minutes (constantly stir them every 5 minutes) When the kids were sleeping I also managed to put the soup for tonight to boil and simmer at low fire for 45-60minutes before placing the pot into the multi-thermal pot to continue to simmer till dinner time.

The soup I prepared only need 4 ingredients. Mini chicken drumsticks slices mushrooms, ready-packed soup ingredients and white fungus. Please note that I marinated the mini chicken drumsticks and sliced mushrooms with soya sauce. The soup can also be cooked as a hot or cold desserts. You can prepare this easy-to-do desserts by just adding rock sugar and white fungus together with the ready-packed ingredients into the pot. 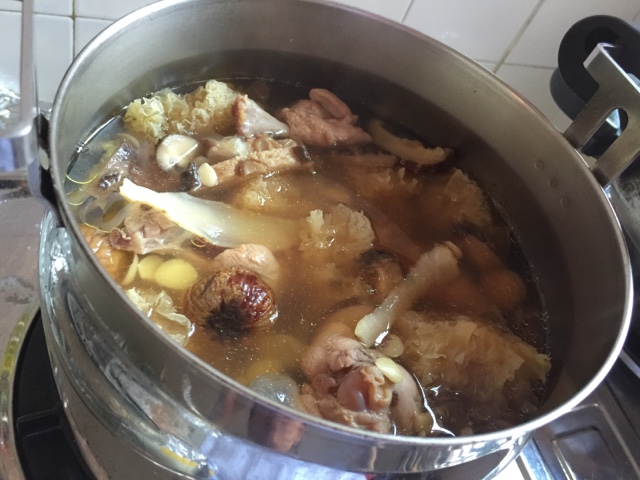 Wa-Lah! Dinner is that easy 🙂 Try the recipes when you have time 🙂

Click here to Find Out More About Me! For sponsorship and assignments, please email me at jolene428@gmail.com.

Find What May Interest You