Skip to content
Our Capabilities are not restricted by what we are made of.
A crop-seeder plane had shown to the world that, his capabilities are not restricted by what he had been built for.
Went to watch this awesome movie with Yvonne (aka Godma) and Jamie last weekend. As this movie is from the producer of [Cars] so I didn’t bother to read the reviews before I bought the movie tickets. I knew Jamie will love this movie a lot too because she is a big fan of [Cars]  . 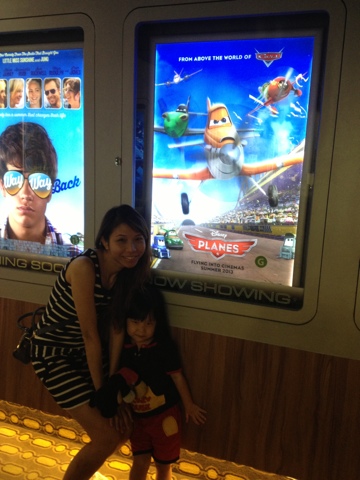 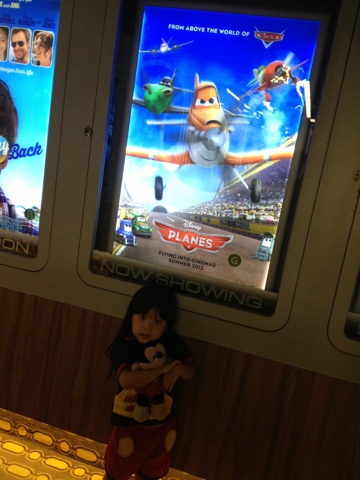 Actually I had always felt that was never meant to be a children’s movie. If you feel so too, then you will agree that too was meant to be for adults. Because the moral of the story seems to be too heavy for the young.
Watching this movie, cheers people on because it shows how the underdogs or those who are not looked up to, can do far more than what you think they can do. You need not have a good background to achieve great things in life.
Dusty, the crop seeder knew his engine was not meant to fly for long period of time. He even has fear for height because he never needs to fly very high. But this doesn’t not stop him to have big dreams. He knows that by getting the right coach, he will be able to overcome all his obstacles.
Skipper, the legendary former fighter plane, was the ideal coach for Dusty. But Skipper has a secret…
But the movie was not just about achieving the ‘impossible’. It also shares the truth that to achieve this unflavourable victory, we require slight ‘moderation’ and lots of effort to catch up with the rest who already have a head start. If Dusty had not done his engine moderation and agreed to change his original ‘look’ (by removing the seeding device), he may not have win the race. Hence, as much as we should be positive and idealistic, we need to be realistic and willing to accept feasible suggestions too!
There are people out there who want to prove others that they can do it, but yet they are too stubborn to accept others’ suggestions to change. We have to be clear of our strengths and weaknesses before the ‘fight’, so that we can strategize to maximize the best of what we have, and yet make required changes to convert our weaknesses to strengths!
The movie also shows that being good and genuine will draw people to wish to help you. Dusty wants to win the race and he believes he can. However, he was humble and sincere. Therefore in the end, the other planes reached out to help Dusty when he was in need.
It’s really a great movie and should not be missed! Do take some time of to catch it in the cinema!

Click here to Find Out More About Me! For sponsorship and assignments, please email me at jolene428@gmail.com.

Find What May Interest You